Q1 One to One Newsletter 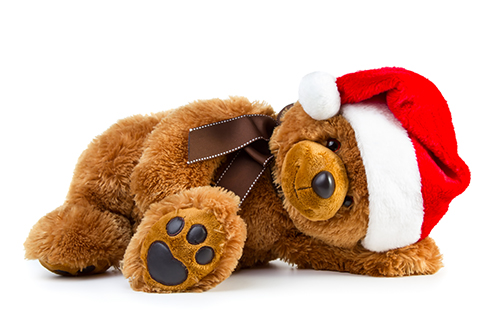 While 2020 was a year of challenges, obstacles and enough stress to last several lifetimes, there were some positive constants, such as staff and members demonstrating the “people helping people” credit union motto.

As we wrapped up the year and totaled up our donation drives for 2020, we realized you helped make the year extra special for our communities when they needed it the most. Through your support, ITCU was able to achieve the following in 2020:

These totals are especially impressive and even more amazing when you consider what a turbulent year it was in 2020. And, it was all made possible through the efforts of our staff, members, and community partners.

From all of us at InTouch Credit Union, thank you for your continued support, and we look forward to a wonderful (and better) 2021!

Start your New Year with these ITCU Services

Everyone has heard the expression, “New Year, new you.” Being a financial services provider, we believe in welcoming the New Year with new financial goals, and we have an many products and services that might help with your new you and outlook for 2021.

Car sales traditionally escalate around the end and beginning of the new year, with deals on older models being made to make way for newer inventory. ITCU has the resources eager car shoppers should consider first before buying, including our Fresh Start Auto Loan1 for those looking for a second chance to finance or purchase a vehicle. Also, the InTouch Credit Union Car Buying Service powered by TrueCar® can also be a helpful aid to all buyers to search real-time new and used2 inventories at their local dealers without ever leaving home.

In addition, members looking to start saving for this year’s holiday rush can now open a Holiday Club Savings Account3. Put some funds aside, little by little over the year, and on November 1, those funds become available for your end-of-year expenses and gifts!

All these services and more can be explored at our website. Chat with one of our professionals today, or call our Member Care team, at (800) 337-3328, option 5, to get your New Year started with InTouch!

(1Loans subject to approval; 2Used car discounts not available in all states; 3No partial withdrawals, click here for complete details.) 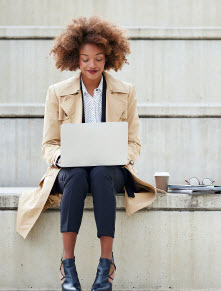 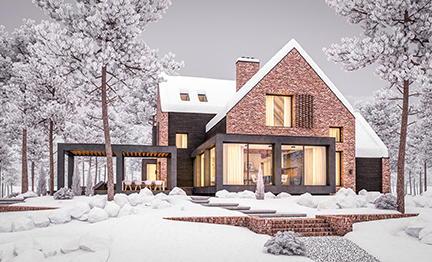 There are many benefits to owning your home vs. renting but purchasing your first home can be intimidating. The good news is there are several easy things you can do to prepare in advance to make your home buying experience much smoother.

ITCU will hold its Annual Meeting at 6:00 p.m. on Friday, April 16, 2021, in a virtual format from its corporate headquarters location in Plano, Texas. The meeting’s web address will be provided at a later date.

The Nominating Committee, appointed by the Chairperson of the Board of Directors, has nominated one member for each board position to be filled in accordance with ITCU bylaws. The bylaws also stipulate the election will not be conducted by ballot when there is only one nominee for each position to be filled, and nominations from the floor are prohibited during the meeting. As a result, the election will not be conducted by ballot unless a qualified nomination is made by official petition and received prior to the nomination deadline. There are three, three-year term nominees slated for the election: John Roberts, Jon Hardesty, and Dan Crouse. A brief statement of qualifications and biographical data for each nominee has been included in this notice.

Further nominations may be made by official petition signed by 500 eligible members, 18 years of age and older. Official petitions may be obtained by contacting Barb Holman, Executive Administrative Assistant, InTouch Credit Union, P.O. Box 250169, Plano, Texas 75025, or by phone, at (214) 291-1776. Only members who are 21 years of age or older, and are in good standing with the Credit Union, are eligible for nomination. Official petitions must include each signer’s name, member account number, address, and telephone number. Official petitions must be accompanied by a signed statement from the nominee that he or she is agreeable to the nomination and will accept the office, if elected. The petitions should also include a brief statement of qualifications and biographical data.

Official petitions must be filed with the Secretary of the Board of Directors at InTouch Credit Union, P.O. Box 250169, Plano, Texas 75025 no later than 5:00 p.m. CT, Tuesday, February 16, 2021, which is the closing day for receiving nominations by petition. If any official petitions are filed by the allotted date and time, the Secretary shall issue a printed ballot, an electronic ballot, or a notice of ballot to be sent to members eligible to vote. The instructions will include the names of all candidates and a brief statement of qualifications and biographical data. Results of the election shall be determined by plurality vote and announced during the virtual Annual Meeting.

John Roberts held positions in oil and gas, as well as commercial banking prior to joining EDS in 1990. While at EDS, John worked as a systems programmer and manager, Regional Billing Manager in Australia and Billing Manager on several large EDS accounts, which ultimately led him to joining BT Americas in 2010 as a Director supporting the mobilization of large, complex account teams. John joined NTT DATA in 2016 where he is currently a Global Procurement Director. John earned a Bachelor of Business Administration – Finance degree from Loyola University New Orleans. John started his ITCU board service as an advisory director in 2013, became a board director in 2014, and has served as a member of the ALCO and Audit committees, and Board Secretary in 2015. He is currently the Chairperson of the Policy Committee and Vice-Chairperson of the Board.

Jon H. Hardesty, Ph.D. held various faculty and administrative positions with Collin College from 2005 before accepting his current role as Vice President of Academic Affairs. Jon earned a Bachelor of Science degree in Chemistry from Texas State University, a Doctoral of Philosophy in Chemistry (Computational Chemistry) from the University of Houston, and a Master of Business Administration (Finance) from Southern Methodist University. He started his ITCU board service as an Advisory Director in 2017 and has directly served as a past member of the Policy, ALCO, Audit, and Nominating committees.

R. Daniel (Dan) Crouse joined EDS in 1984 as an attorney in EDS corporate headquarters, and later served as Contract Manager on the HPE contract with the Department of the Navy, HP’s largest contract. While at EDS (n/k/a HPE), Dan served numerous business groups in his legal capacity, managed the EDS Legal office supporting the GM account in Southfield, Michigan; the Healthcare business unit supporting the Xerox account in Rochester, New York; and the County of San Diego, California account prior to his HPE retirement in 2015. Dan earned his Bachelor’s Degree in Mechanical Engineering and Juris Doctor Degree at the University of Tennessee in Knoxville. He has been a member of ITCU since 1984, served on the board for 14 years, and has directly served as a past member of the Compensation, ALCO, M&A, Audit, Nominating committees, and served as the Board’s Vice-Chairperson.

Perform at least one financial transaction per year to keep your accounts from becoming dormant, therefore avoiding the account escheatment process. Per applicable state law, dormant accounts must be escheated to the state treasury department as unclaimed property.

Don’t allow this to happen to your accounts!

The credit union is incorporated under the laws of the State of Texas and under state law is subject to regulatory oversight by the Texas Credit Union Department. If any dispute is not resolved to your satisfaction, you may also file a complaint against the credit union by contacting the Texas Credit Union Department through one of the means indicated below: In Person or U.S. Mail: 914 East Anderson Lane, Austin, Texas 78752-1699, Telephone Number: (512) 837-9236, Facsimile Number: (512) 832-0278; email: [email protected]. Website: www.cud.texas.gov.

All applicable tax forms will be mailed via regular mail (USPS) and should be seen towards the end of January or beginning of February. This was previously communicated as following the same delivery method as your account statements but notices will only be delivered by regular mail this year.

Members may request a copy of InTouch Credit Union’s updated Bylaws and 990 Reports by emailing [email protected] or writing to the following address: InTouch Credit Union, Attn: Audit Committee, P.O. Box 250169, Plano, Texas 75025-0169. You can view our most recent annual report on our website.

An update has been made to the official ITCU Membership & Account Agreement concerning inactive accounts. This change will be effective February 2021. You may review these changes by visiting the Disclosures and Fees page.

Bank on the go!

Plan for the future!

Bank on the go!